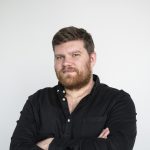 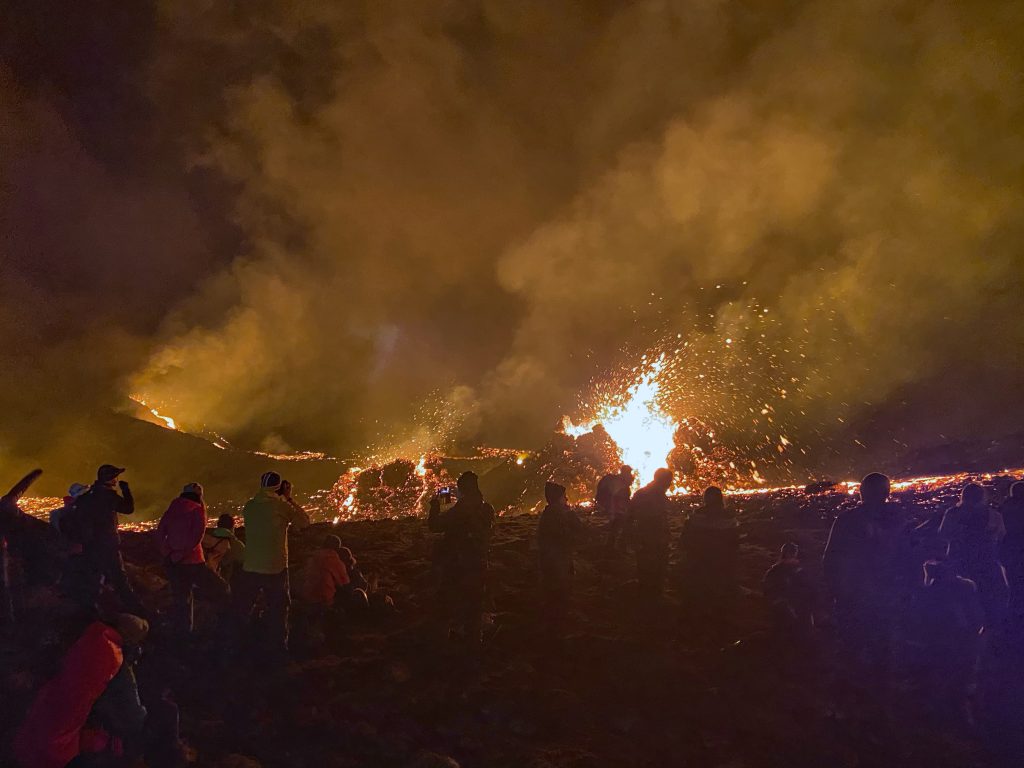 The volcanic eruption that started in March is now in its 4th week and does not seem to be slowing down. Four new craters opened up Tuesday morning, all of them under land already covered by lava from previously erupting craters.

The active craters now total eight, although one of them seems to have lost most of its zeal.

Authorities have put in place two marked hiking paths for those wishing to see the eruption with their own eyes, Path 1 and 2, although newest lava flow estimates from the University of Iceland put Path 2 under lava within weeks. Over 40.000 people have visited the eruption since the Icelandic Tourism Board erected an automatic counter at the start of the hiking paths.

Authorities have until now opted to keep the area open to the public, urging those who do visit to be careful. Teams of Police and rescue services are in the area with CO2 and SO2 meters. Excess build up of SO2 is especially worrying and has forced authorities to evacuate the area at least twice. Fortunately for curious onlookers, calm winds is not something this particular area of Iceland is known for. Police and rescue team presence was scheduled to decrease the first few days after the Easter holidays as authorities expected a decrease in visitor numbers. New craters and an ever changing landscape around the eruption seems, however, to have fueled an increase in public interest.

Yesterday winds calmed down enough to allow hazardous build ups of toxic gasses in the area and in the darkness alarms could be heard from gas meters worn by police and rescue teams in the area. A stark reminder of the invisible dangers toxic gasses can impose on unaware onlookers.

The eruption originally started inside Geldingadalur Valley causing the lava to flow down into the valley, slowly filling it up. Scientists have said they expect the valley to fill within weeks pushing the lava flow over the southern edge of the valley into an area known as Nátthagi. The eruption does not and is not expected to pose a threat to any man made structures. Gasses from the eruption have however been detected in Grindavík, Reykjanesbær, Vogar and the capital city of Reykjavik. Authorities have urged the residents of neighboring towns to close and seal windows in certain wind directions.

The video below is filmed on the eastern edge of the lava field late Tuesday night. The four craters closest to the camera are the craters that opened Tuesday.